As we approach the end of 2013, I’d like to reflect a little on the past year’s events and my achievements.

My highlights for this year included releasing WooCommerce 2.0 and hitting both 1 and 2 million download milestones, releasing my jobs plugin, and the WooTrip to Leiden and WordCamp EU.

I don’t really need to explain why WC has been a highlight; since 2.0 in January, things have been growing at an exponential rate and feedback has been awesome. I look forward to seeing if this continues through 2014 with the 2.1 release again scheduled for a January deployment. Should be good.

WP Job Manager is a plugin I’ve been working on for 7 months now, and it’s something I’m excited to be building as a side project. I’m certain it will grow beyond that however, so there’s certainly change and exciting times ahead for the project going into 2014 (but I’m not ready to get outside help in just yet!).

WooTrip this year was in Leiden, and I thoroughly enjoyed meeting my coworkers, some for the first time. Although there wasn’t as much planned activity like the trip to Cape Town, it was an awesome break away from the usual routine and we certainly all benefitted from the get together. The WordCamp itself was okay, but I let myself down a little by not getting involved as much as I should of. Will try to “mingle” more next year.

Anyhow, to finish this post, and just for fun I thought I’d calculate some statistics to see just how much I’ve actually done, and what I’ve achieved this year 🙂

2013 certainly was an eventful year. My only regret was not becoming a WP core contributor – I’ve submitted patches but nothing has been merged yet. I hope to improve my contribution count in 2014 to further increase my chances – patience is required it seems.

Mike, I was a bit late to the party, only recently discovering your blog, but it is now on my daily must-read list. Look forward to reading many great and inspirational posts next year too.

Those are some really great numbers and you should be proud! Onward and upward in 2014! 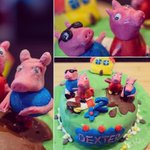 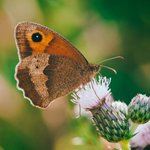